Corporate Responsibility with local characteristics in harmony with global trends

During the years that elapsed since GEFYRA S.A. attempted to systematize its corporate responsibility policies, it also tried to respond to the modern trends and international standards. Its choice, however, was to pursue such objective by remaining faithful to a corporate DNA shaped thanks to the “bridges” between people that needed to be built both for the success of the construction and the success of the operation of Rion-Antirion Bridge.

The flashback to the Bridge construction years presents usual elements which referred to labor rights, safety of the employees, financial transparency and prevention of the environmental pollution. However, at that time all these issues, the initial corporate responsibility systems were on the borderline between the typical observance of legality and a sustainable policy that was just emerging.

GEFYRA started dealing systematically with corporate responsibility during the Bridge operation years, based on two pylons, namely the local and global dimensions, starting from the concern for the environment. 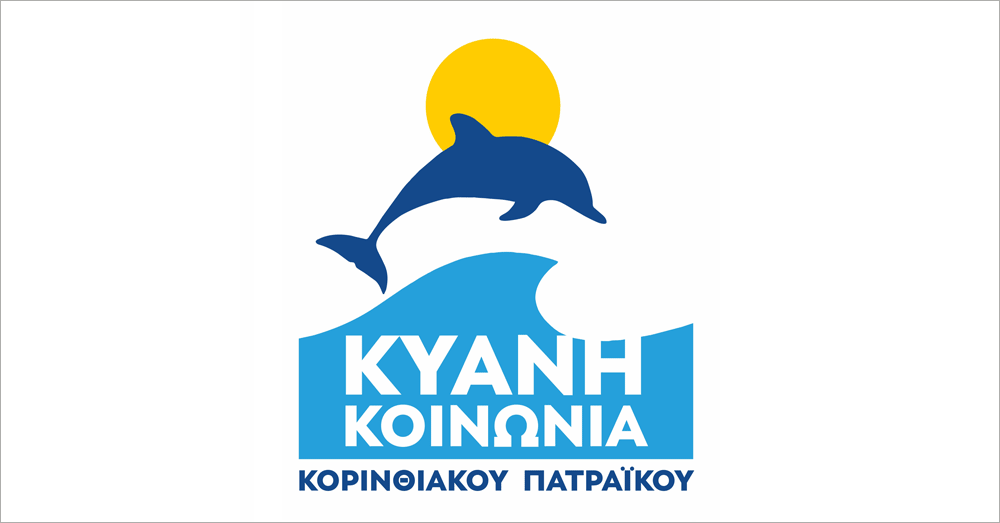 A typical example was the “AZURE SOCIETY” platform that marked the direction of the “bridgist” corporate responsibility. It was an initiative taken by the concessionaire of the Rion-Antirion Bridge, the synergy between the Institute of Marine Conservation (ARCHIPELAGOS) and four yachting clubs in the area aiming at preserving the marine mammals and turtles in the Gulfs of Korinthos and Patras. Years after, it was enlarged to become the CITIZENS AZURE SOCIETY and included also the local environmental and volunteers movements, thus starting a new chapter of international interest, such as the spread of microplastics in the seas.

The AZURE SOCIETY defined both the nature of the “GEFYRA corporate citizen” and many of the subsequent initiatives and policies of the company.

The “citizenship-centered” policy was shaped as trust in the possibility to change for the better, with the anthropocentric approach of a conscious active citizen who thinks and acts with a view to be responsible towards the community and the environment. Thus, the company considered itself as a responsible citizen and on the other hand started to bend its efforts towards assisting the actions of citizens who join forces for a good objective, as did the approximately 1,200 persons employed during the construction of the Bridge, who were successfully after a vision that appeared to be unachievable for many centuries.

Note that the company’s dedication to a citizenship-centered policy as corporate policy lead the eminent Greek linguist Prof. George Babiniotis, to propose the word “citizenship” (“politossini” in Greek) to describe how GEFYRA S.A. “thinks” and “acts” in the field of responsible entrepreneurship.

The next step in the direction of the environmental care was the commitment to stand against the climate change by reducing the emission of CO2 pollutants from the corporate operations of the Bridge. The results are impressive. GEFYRA reduced drastically its corporate GHG emissions by 85% since 2015. At the same time, a study conducted by the Technological Institute of Patras a few years ago proved that the environmental status of the area after the construction of the Bridge is clearly more sustainable than in the past, while a study conducted by the Aristotle University of Thessaloniki (2014) corroborates the fact that the operation of the Bridge is sustainable, since even the emission of pollutants from the users is at very low levels.

The philosophy of the “citizens’ platform” prevailed also in 2010 for the creation of the Association of Social Bodies “SOLIDARITY PYLONS” which exceeded (on the occasion of the socio-economic crisis) the tens of bilateral relations with citizens’ associations and movements (delegated to the company since the construction period) thus forming a unite forum. 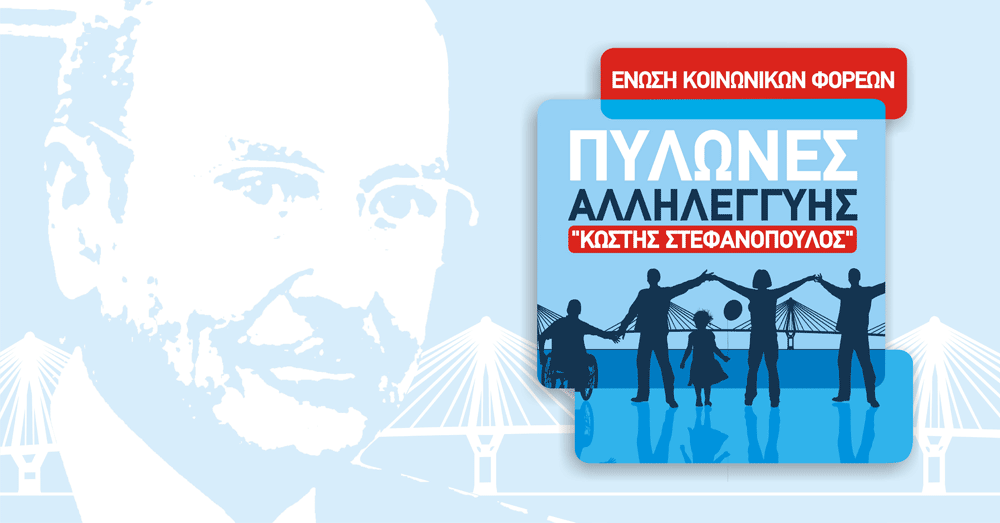 The “SOLIDARITY PYLONS” were founded on the anniversary day of the Bridge (August 12th, 2009) by 38 associations as founding members and were headed at the time by the very popular Kostis Stephanopoulos, (native) who has been President of the Hellenic Republic (1995-2005) and passed away in 2016. During the years that followed their foundation, the members of the “Pylons” have doubled. They are managed by an 11-member Coordinating Committee consisting of 5 representatives of the region North of the Bridge and 5 representatives of the region South of the Bridge, as well as a representative of the company, which with the consent of the other members, is the General Coordinator.

Thanks to this platform, the old-fashioned charity has been replaced by a sustainable approach linking the transfer of resources from the company to the participants with innovative practices, such as the concession of the commercial image of the Bridge and of products that the company proposes to its customers, as well as the exploitation of the inter-corporate relations of GEFYRA S.A. with other responsible companies that become “allies of the Pylons” and offer their products or services.

The practices of GEFYRA S.A., which are Innovative for both the Greek business world and the global Group VINCI (major shareholder of the company), are part of new direction towards an international definition of the “corporate citizenship” which matches the specificity that formed them.

The “bridgist” corporate DNA, forged in proximity conditions which are the rule in a restricted regional community, is founded on personal relations and direct dialogue, to a large extent.

GEFYRA, by its acts, has proven that it really means to fulfil its commitments, since it has completed the most important structure in Greece without any overruns of the budget and excesses in terms of time and without a single drop of blood being shed.

Implemented in conditions prevailing in Greek regions, where relations are never impersonal (since everyone there knows each other), all corporate policies are founded on a continuous sustainable and constructive dialogue. Such dialogue is the best bridge and the most important sustainability guarantee.

In addition to their works, people (and corporate citizens) speak also through the intangible assets which qualify them, having their sense of conscientiousness as a guarantee and the feeling that pushes forward all those who have common good intentions.

All these are happening, measured and are counting in the region around the Rion-Antirion Straights, but even beyond.

#ME TOO is everywhere – GEFYRA participates to the International Day for the Elimination of Violence against Women (November 25, 2022)

GEFYRA is awarded for the “GREEN BRIDGE”

Sunday 18/9: Sustainable mobility day at Nafpaktos on the initiative of GEFYRA S.A.

Energy crisis and energy saving: Suspending the regular operation of the decorative lighting of the Charilaos Trikoupis Bridge on Saturdays

I want to become an ePass subscriber
©2022 All Rights Reserved