Since Harilaos Trikoupis’ vision when he was Prime Minister of Greece one hundred years ago, Greece had the great dream of a bridge crossing the 3 km of the Corinth Gulf’s strait.

In 2004, a long-standing dream became reality. The Rion – Antirion Bridge is the landmark of Greece’s 21st Century and a part of the country’s daily life which it was destined to change, thus contributing to the economic development of the area. 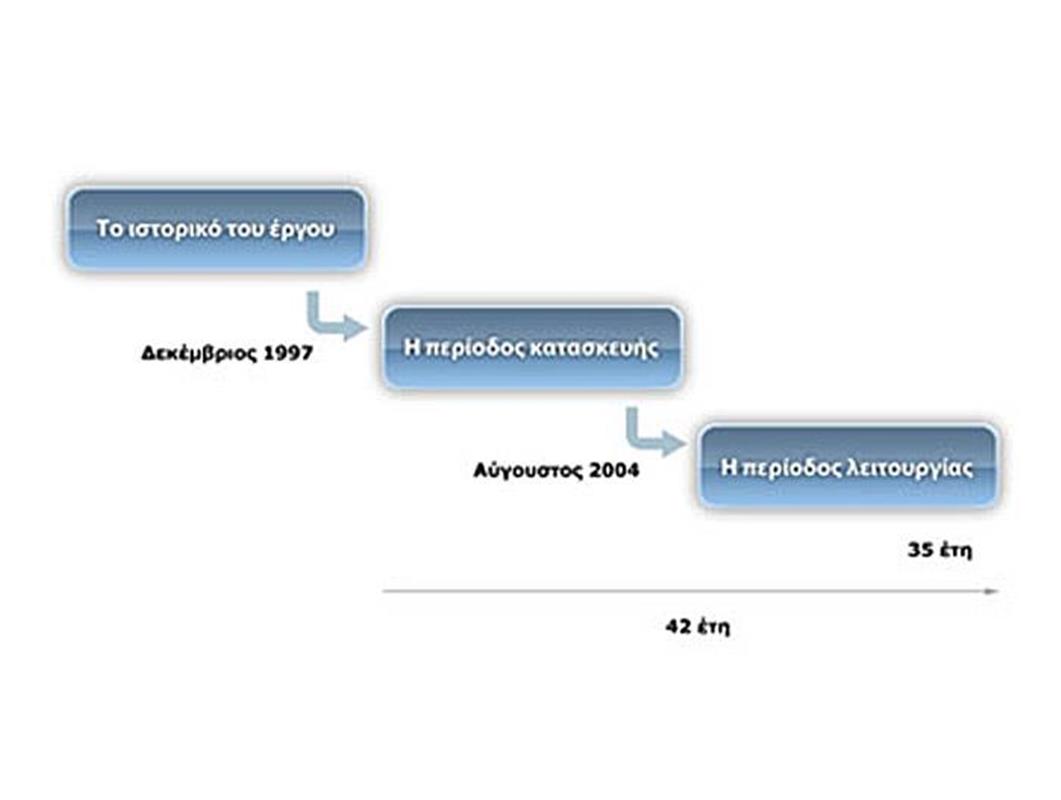 In 1880 Harilaos Trikoupis became Prime Minister of Greece. Born in Nafplion, he had a vision of joining Messolonghi, his home county (northern coast of the Corinthian Gulf) with Achaia region in the Peloponnese (southern coast). He spoke in the Parliament about the need to bridge the Rion – Antirion straits on March 29, 1889. However, such a project was not technically feasible until the end of the 20th Century. So it took almost a whole century before the Greek State decided to call for tenders for the construction of a fixed link. The invitation to tender in 1991 followed by the tender in December 1993 led on January 3, 1996, to the signing between the Hellenic Republic and GEFYRA of the Concession Agreement for the Design, Construction, Financing, Maintenance and Operation of the Rion – Antirion Bridge.

This agreement was not put into force until the full financing for the project was achieved, by the end of 1997. It took 2 years to close the first privately financed concession project in modern Greece with the EIB master facility agreement signed on July 25, 1997 and financial agreement was achieved on December 17, 1997. On July 19, 1998, Mr. Costas Simitis, Prime Minister of Greece cast the first stone for the Rion – Antirion Bridge, in presence of Mr. Costis Stephanopoulos, President of the Hellenic Republic. Less than seven years later, 4 months ahead of schedule, the Rion – Antirion Bridge was inaugurated by the Minister of Public Works, Mr. George Souflias on August 12, 2004, in the eve of the Opening of the Athens Olympic Games. 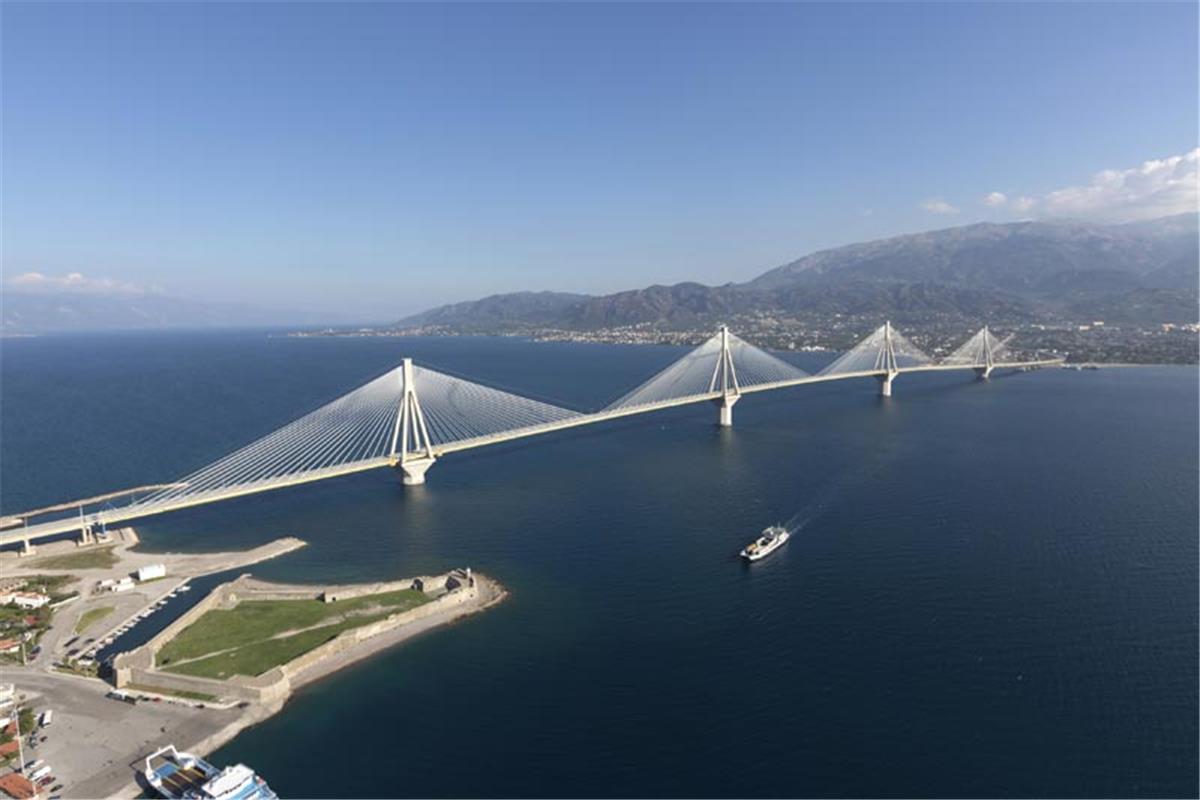 The Bridge provides a permanent link: 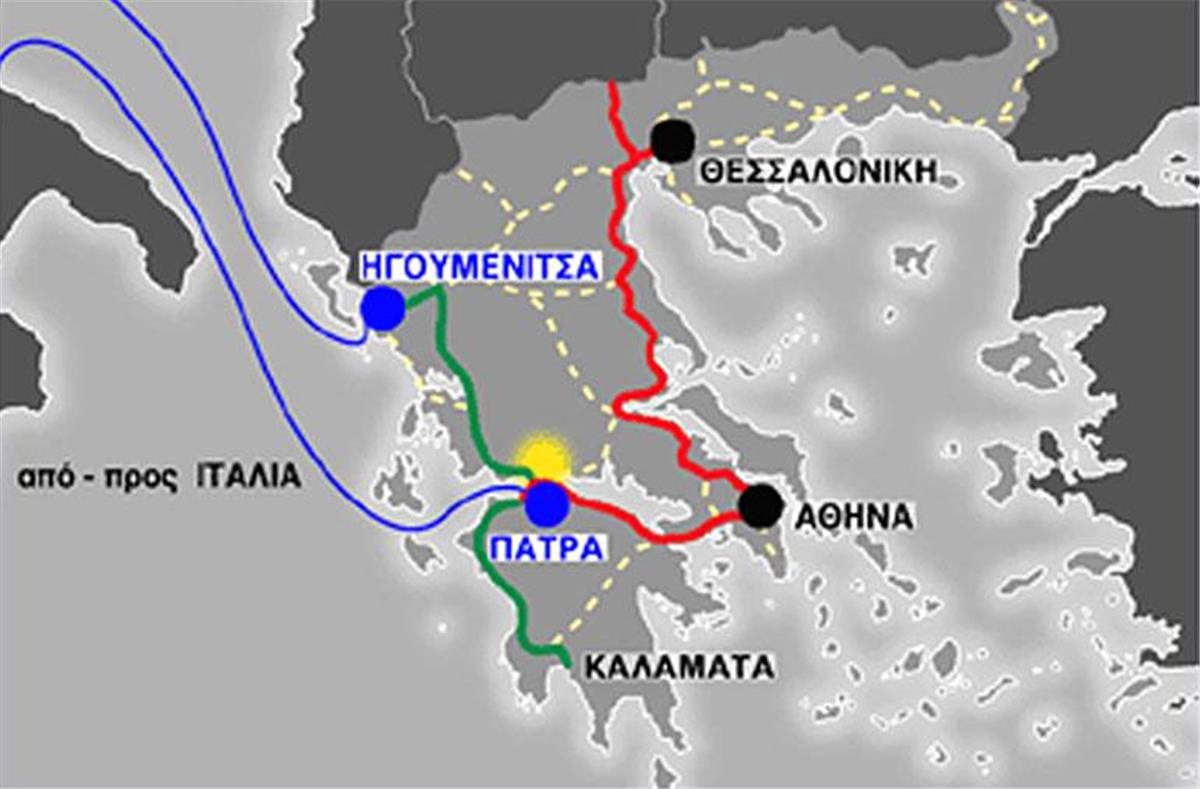 The Bridge facilitates communication between Greece and Italy (and thus Western Europe) through the harbors of Patras and Igoumenitsa. 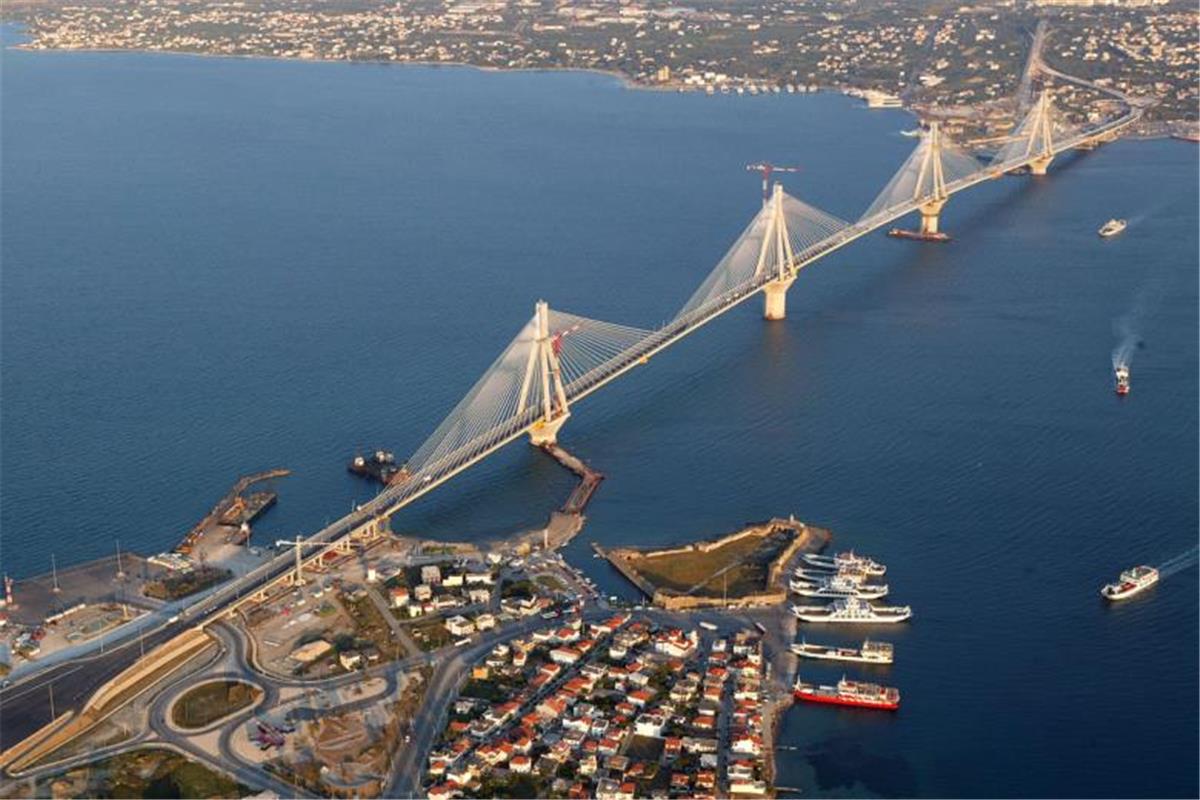 The Harilaos Trikoupis Bridge boosted drastically the economic growth of the region. A serious proof comes out of the conclusions of a recent research of the University of Patras after the Bridge was opened to traffic: “Through a concrete research method founded on the interregional data, the index of the project came out and it was found to be 1.88, so on the basis of the whole investment cost of the Bridge (800 million Euros) it was estimated that the total influence on the national economy was near to 1.5 billion Euros. An important part of the total influence (67%) stays into the administrative limits of the Region of Western Greece”.

The same research “… proved that the Rion-Antirion Bridge is a particularly important project for Western Greece and Greece in general, both from a financial and development point of view as well as in terms of social impact… The analysis documents the fact that the Bridge will play a larger role in the development, as an axis linking Greece to Europe, the Mediterranean and the Middle East.”

[FINANCIAL & SOCIAL IMPACTS FROM THE OPERATION OF THE RION-ANTIRION BRIDGE, University of Patras, 2006] 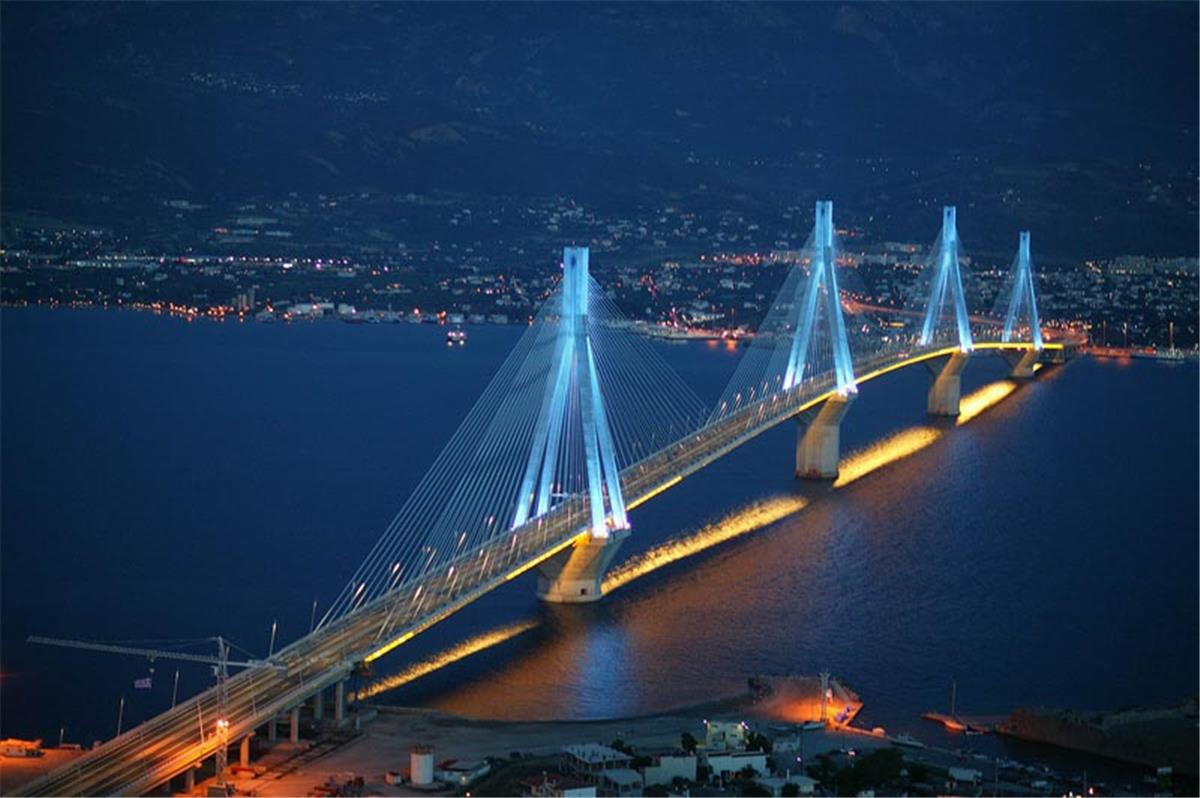 The Rion – Antirion Bridge is the longest multi-span cable stayed bridge of the world with its 2,252 meters continuous and fully suspended deck. Its foundations lay on a seabed that reaches 65 meters of depth. This is a world record for a bridge as well as their diameter of 90 meters making of them the world’s largest bridge foundations. However, according to the constructors, the best record of this great Bridge is that it was built “without any serious accident, without a single drop of blood being shed”.

The Bridge has been awarded 9 International Awards by the scientific community, out of which we distinguish the following ones:

#ME TOO is everywhere – GEFYRA participates to the International Day for the Elimination of Violence against Women (November 25, 2022)

GEFYRA is awarded for the “GREEN BRIDGE”

I want to become an ePass subscriber
©2023 All Rights Reserved